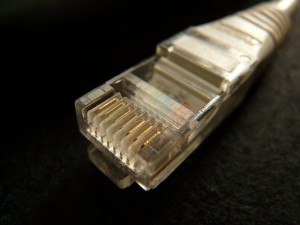 In a day when we are seeing terrorist attacks nearly every week and radical Islam is attempting to kill all of the infidels, President Obama is focusing his efforts on the more important issue of global warming.  Yes, the icebergs are melting!  Come one now, you realize that this takes president over murderous terrorists shooting up schools, malls and office buildings don’t you?

OK, forget that, there are even more important issues to deal with.

Hillary Clinton who also focuses on the most important issues of the day, plans to make sure that every single American has broadband internet if she get’s elected president!  Wow, now there’s a reason to vote for her don’t you think?  Seriously, all you folks out there with dial-up take heart, the struggle is almost over.  A vote for Hillary means you’ll be streaming on Skype, keeping pace on Game of Thrones and spending countless useless hours on Youtube.  Forget having a job, Hillary is going to make sure that you’ve got access to great entertainment!

Imagine, a true leader who cares so much about her royal subjects that she grants them broadband!  Why not, she’s spent lots of time with Al Gore, inventor of the internet and she’s undoubtabley spent hours of time online watching her husbands escapades, am I right?

Yes, times are just getting better and better with leaders who want to keep us cool and entertained.  What a country!  We’ll be able to stay at home and watch ALL of the terrorist attacks online and keep up with all of the latest happenings, Woohoo Hillary!

Old broadband Hillary, she’s such a progressive thinker, it’s no wonder she’s where she’s at.

By continuing to use the site, you agree to the use of cookies. more information